Recently, changes were made to Belgian tax law, which are of particular importance to companies that are part of an international group.

The authorities have noticed that employees or directors of Belgian companies or entities within international groups often receive share options or other benefits in kind from  by foreign group companies and not only from the Belgian entity. The foreign group  companies may not have a direct contract or other legal relationship with the beneficiary of the income. Such income in the past did not fall under the scope of Belgian wage withholding taxes and did not have to be reported on Belgian tax documents.

This could result in underreporting of income by the Belgian beneficiaries in their Belgian annual income tax return.

The Belgian subsidiary, which in our example is the legal employer of the beneficiary of the stock options, had no obligation to withhold salary withholding tax as a result of the grant, provided that it did not take part in the grant as debtor, custodian, mandatary or intermediary.

Under the new law, there is a fiction that that the Belgian company or legal entity, for the benefit of which the beneficiary carries out professional duties, is deemed to have directly granted the remuneration or benefits. This results in the obligation to calculate and pay withholding tax and also in a reporting obligation of the income.

These obligations are to be met by the Belgian group entity, irrespective of whether or not it is directly or indirectly involved in the awarding of foreign remuneration.

The new rules only apply to remuneration, paid to private individuals. Awards to legal entities (for example companies, acting as directors of Belgian companies) are not covered by thew obligations.

The salary withholding tax obligations apply on any remuneration or benefits, granted from March 2019 onwards. The first formal tax reporting (fiches 281) must be effected at the beginning of 2020.

The new withholding tax and reporting obligations only apply to grants made by a foreign company, which is affiliated to the Belgian employer / company, for which professional activities are carried out by the beneficiary of the income.

In order to determine whether or not a foreign company is affiliated with a Belgian entity, reference is made to article 11 of the Company Code (future article 1:20 of the new Companies and Associations Code).

For the application of the Company Code, the analysis of the actual relationship between companies and legal entities can be quite complex. Not only equity participations are considered. Control from one company of another one can also be the result of other factors, such as the possibility to appoint and dismiss directors, agreements regarding powers of control, voting rights to general meetings and any  actual control over the strategic decisions for a company.

Although the explanatory memorandum to the law places a strong emphasis on stock options, the law itself is very general. All forms of remuneration in cash or in kind, are covered by the new law. Benefits in kind must be valued for Belgian tax purposes for the application of the rules. The Belgian taxable value of certain benefits may differ from the taxable value of these benefits under foreign law (example: valuation of the benefit of a company car) and may need to be recalculated for Belgian tax purposes.

It is even possible that the Belgian net pay of a given month is insufficient to fund the total withholding tax on both the Belgian and foreign remuneration, especially if there is a high level of foreign pay (eg large bonus payments).

The absence, incompleteness or lateness of tax reports, may result in a fine for the Belgian group entity of 10% of the amount of foreign remuneration, which has not properly be reported. The fine can therefore quickly become quite substantial.

The fine is not due if the Belgian company or legal entity proves that the employee or manager has included the foreign remuneration in his Belgian or foreign income tax return. For foreign tax returns, it can be quite difficult to assess exactly to what extent certain benefits are included in the tax filings, not the least when the tax documents are drawn up in foreign languages.

The employer also does not have direct access to the personal tax return of the employees, due to data privacy legislation. This may lead to complications when the fine has been imposed and needs to be challenged by the Belgian legal entity.

For non-compliance with the obligations with regard to withholding tax, the usual sanctions under general Belgian tax law apply.

The new rules only apply if the employees or directors receive remuneration from a foreign affiliated company as a result of their professional activities for the Belgian group entity.

It is possible that persons in Belgium are employed by foreign companies without carrying out activities for the Belgian entities of the group. Employees can be taxable in Belgium on the basis of internal Belgian tax law and tax treaties without, but without withholding tax and reporting obligations for the Belgian group entity, if the latter has no direct relationship with these employees.

In principle, this is logical as no tax benefit is to be granted to the Belgian entity if it does not actually bear the wage costs for the employees involved. It is perfectly possible, however, for the foreign group company to cross-charge the salary costs to Belgium in full.

In our opinion one can question why the exemptions for the company would be limited to the part of the remuneration, which is directly paid out by the Belgian group entity. If all remuneration is taxable in Belgium, if it has been fully subject to withholding tax, and provided if the total cost of the remuneration is charged to the Belgian group entity, we wonder why benefits for the employer, regarding the withholding tax should be refused. This matter seems to have been overlooked by the legislator.

To solve this disadvantage, the company could consider to adjust the place where salary is paid out (for example pay out more wages through the Belgian payroll and less abroad). Alternatively, the Belgian entity can act as a formal ‘intermediary’ in the awarding process of the foreign remuneration so that it becomes directly liable to pay the payroll tax and gains access to the related tax benefits.

The rules at first look straightforward, but we are afraid that the law will still give rise to discussions.

First of all, it is not at all certain that a Belgian entity within an international group of companies is aware of the existence of certain benefits, which are to be taxed in Belgium. In a simple scenario, such as a cash bonus, which is paid abroad to an employee who has been employed for many years in Belgium, it can be assumed that the Belgian company is or can be aware of this.

The situation can be much more different in cases of international employment, where the Belgian entity may not have access to all information regarding the total remuneration of an employee.

An employee lived in the United States in 2018 and works for an American company. In 2018 he received so-called ‘Restricted Stock Units’ (RSU), on the basis of which he can become the owner of shares of the international group, provided that he remains in service of the group for 5 more years.

The employee is posted to Belgium on 1 March 2020 for a period of one year. After the secondment to Belgium, he is transferred to a group company in Australia.

In 2023 the employment condition is fulfilled and the employee acquires the ownership of the shares. These shares are added to a share account, which was set up by a US financial institution through the intervention of the American parent company.

Under the new law, the RSU benefit must be subject to salary withholding tax and be reported on Belgian tax documents. However, these obligations may not cover the full value of the benefit because the employee has only worked in Belgium during one year. Tax treaties only allow Belgium to tax a pro rata part of the benefit.

It is in our opinion rather uncertain whether the Belgian entity will (or even can) be aware of the existence of the RSU benefits. Indeed, the units were granted prior to the Belgian period of employment and become taxable only after the Belgian contract has been completed for a while.

We refer to recent changes (challenged by several legal specialists) in the interpretation of the definition of ‘salary’ by the Belgian social security authorities, when looking at remuneration,  granted by foreign group companies to employees of Belgian group entities.

The new tax reporting obligations result in an increased disclosure of foreign remuneration, paid to Belgian employees. This may trigger the Belgian National Social Security Office to start to investigate the foreign pay and to claim Belgian social security contribution on all foreign income, even if it is not directly related to the Belgian employment. 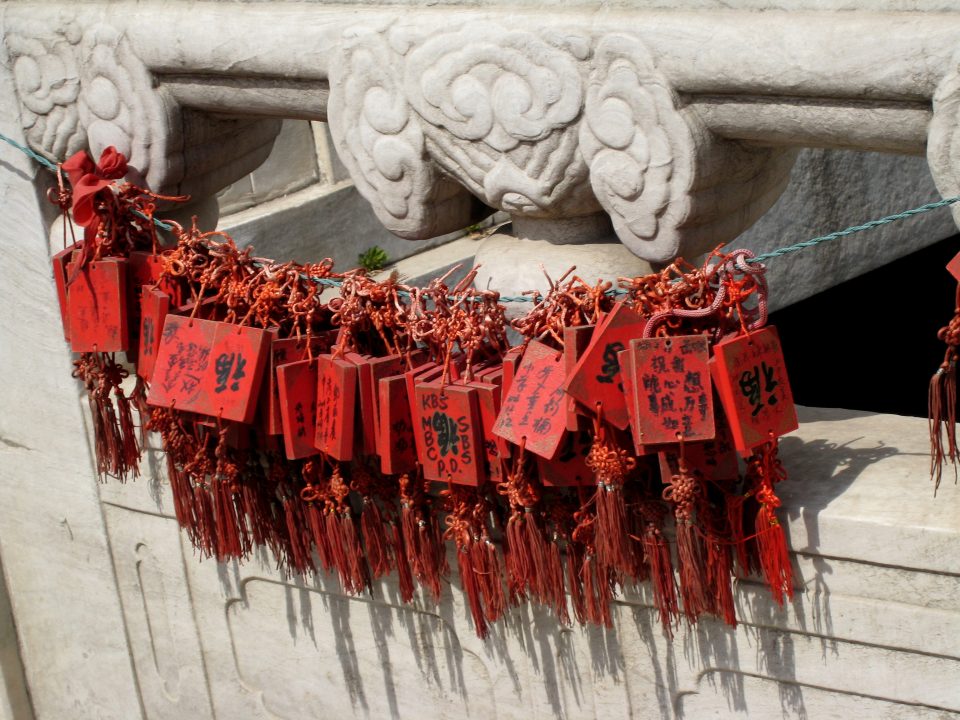 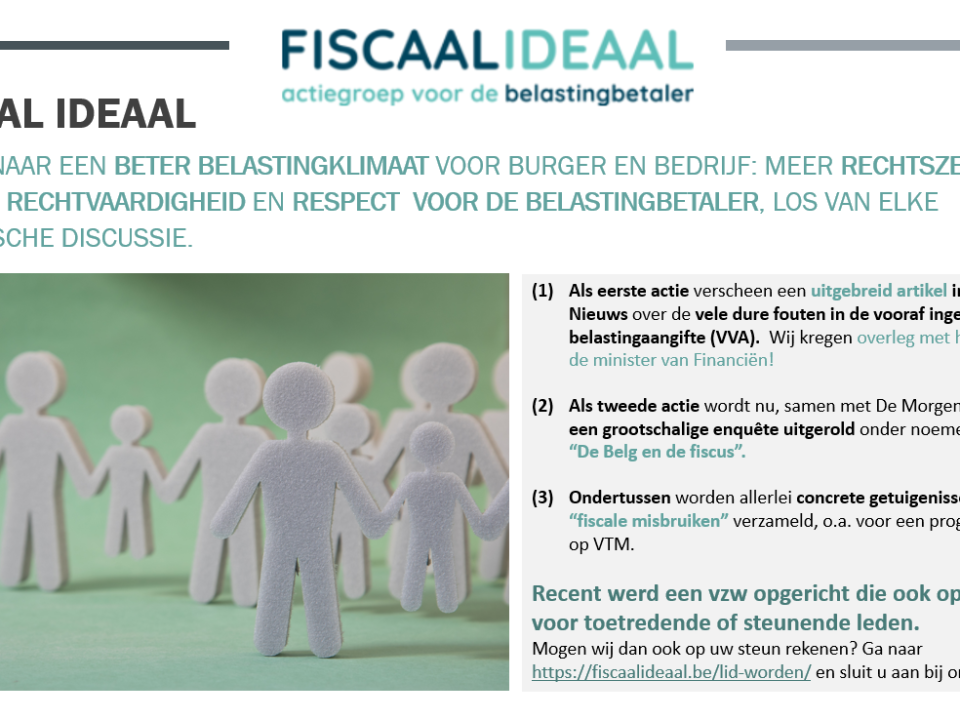